In the late 1980s, the University was experiencing both the pressures of multiculturalism on the left and conservatism on the right. Undergraduates quickly stepped into these culture wars by publishing their own newspapers, staging protests, and inserting themselves into debates over university and curricular policy. One controversy–over a proposed syllabus for the required writing course–prompted many undergraduates to take a stance for or against "multiculturalism" in English 306. Even as the E 306 controversy ended, undergraduate students continued to pillory the English Department's governance in the student newspaper.

Through outlets like the Daily Texan student newspaper and The Texas Observer, they contributed opinion articles on the direction of the writing courses, including both critiques and affirmations of the courses' "diversity bent," and in some cases, offered arguments and counter-arguments against professors' positions on the issue. Some articles and responses were referenced by professors when defending their positions about the E306 "Writing about Difference"  syllabus. This exhibit showcases those students' perspectives during the period, as well as how professors used and responded to those students' perspectives. 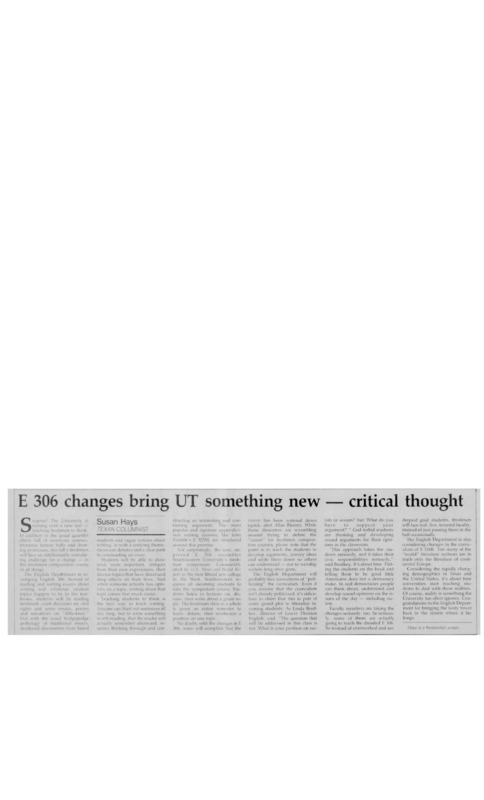 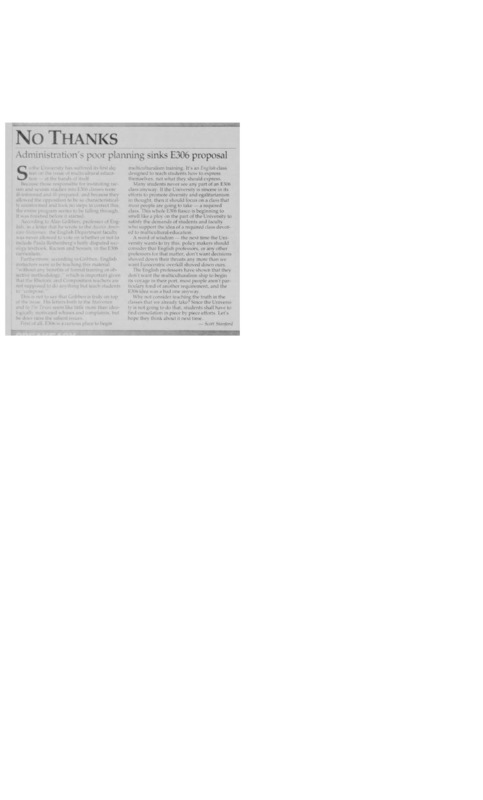 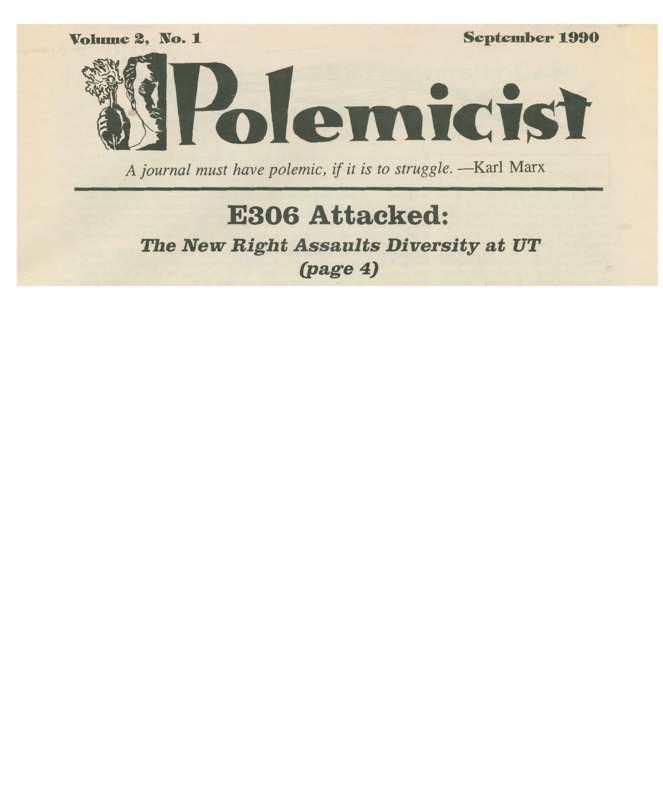 "E 306 Chronicle of a Smear Campaign: How the New Right Attacks Diversity" 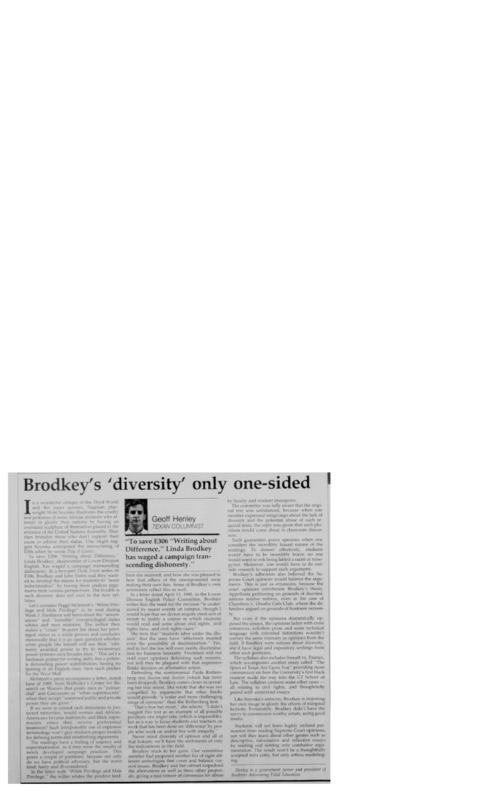 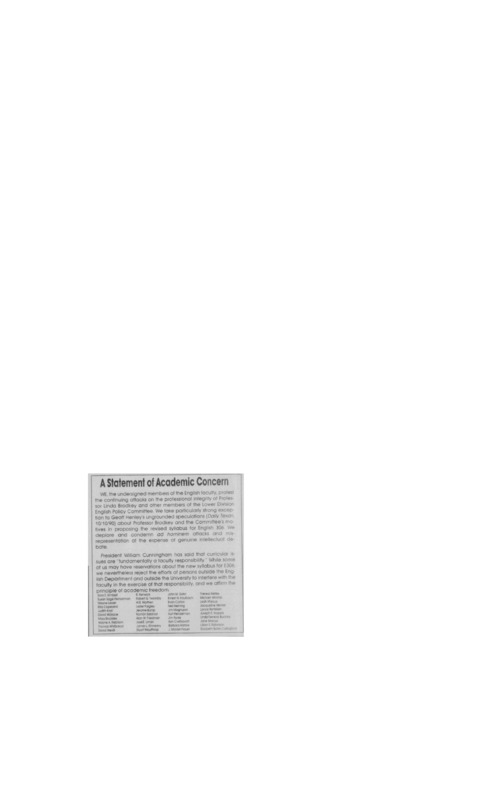 A Statement of Academic Concern 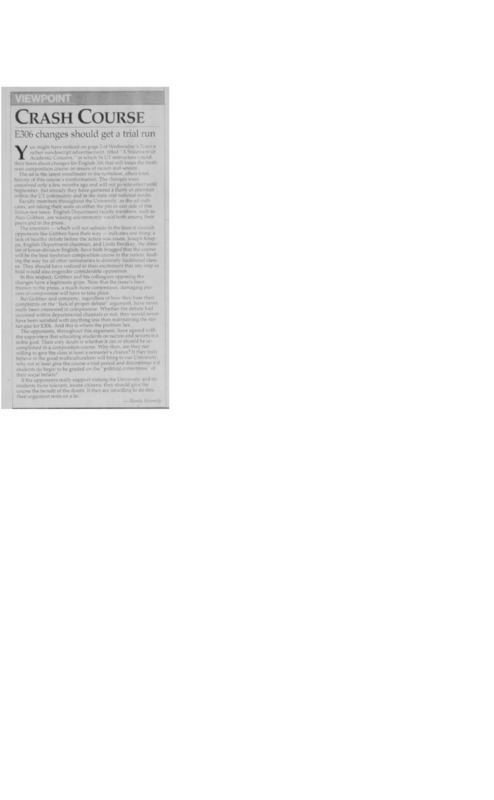 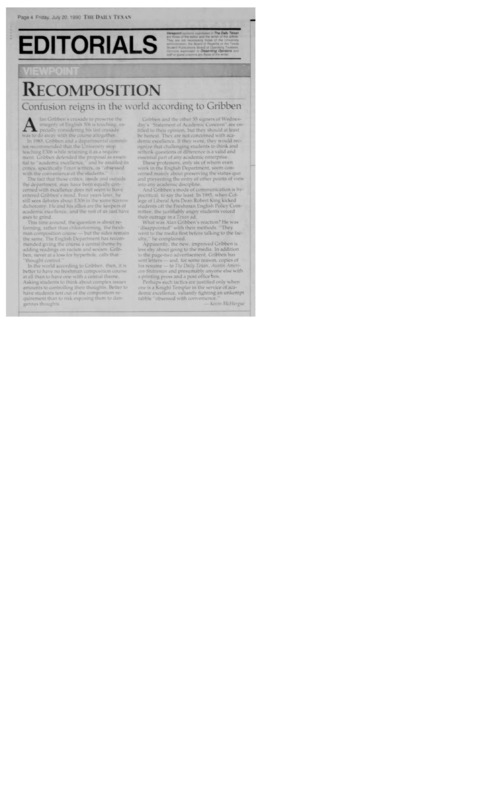 "Recomposition: Confusion Reigns in the World According to Alan Gribben" 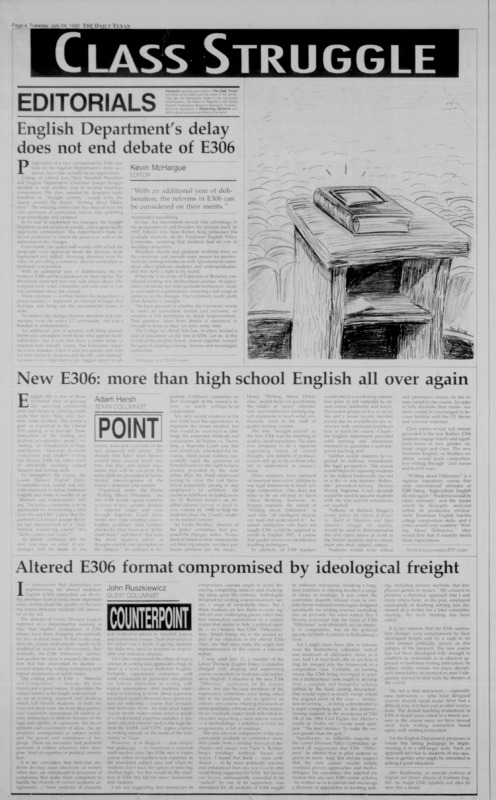 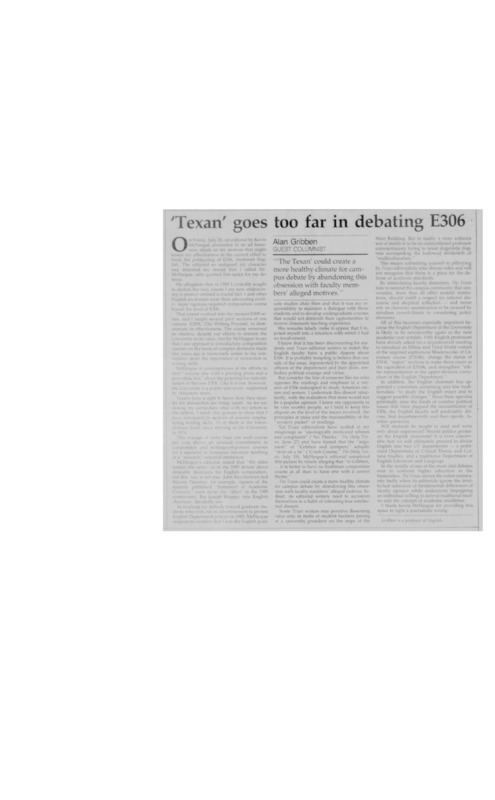 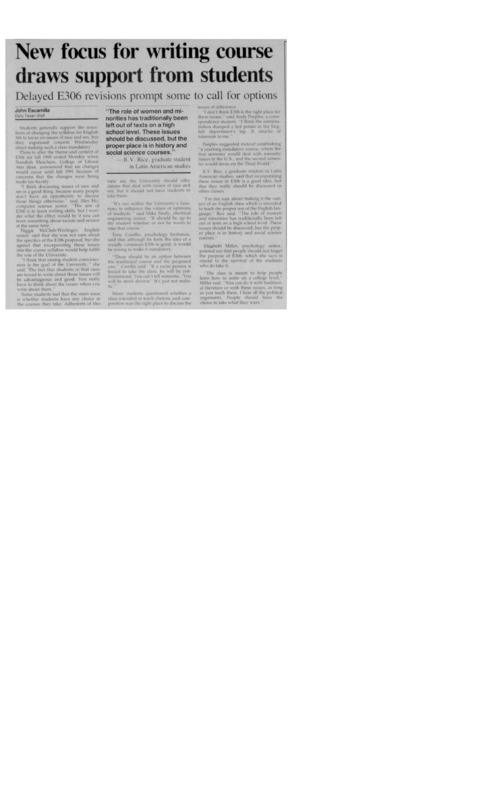 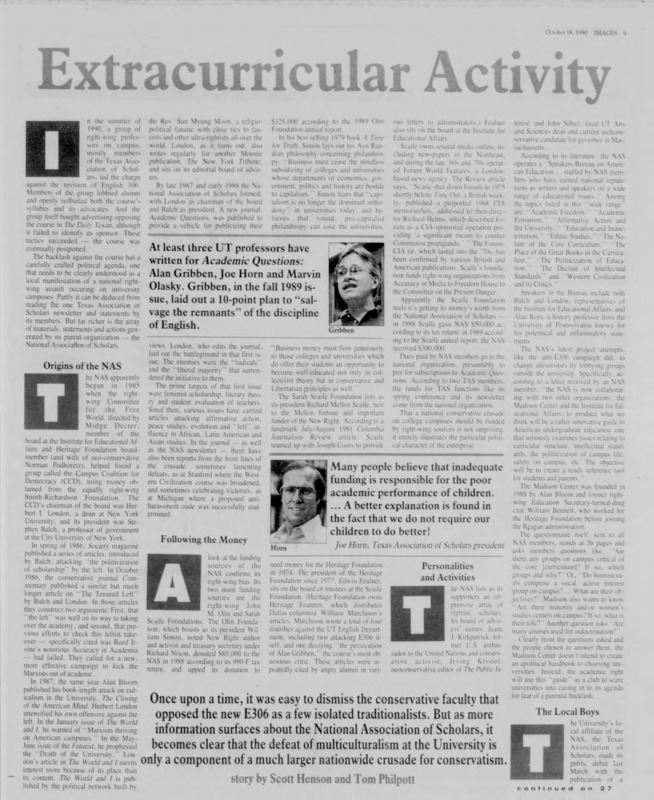 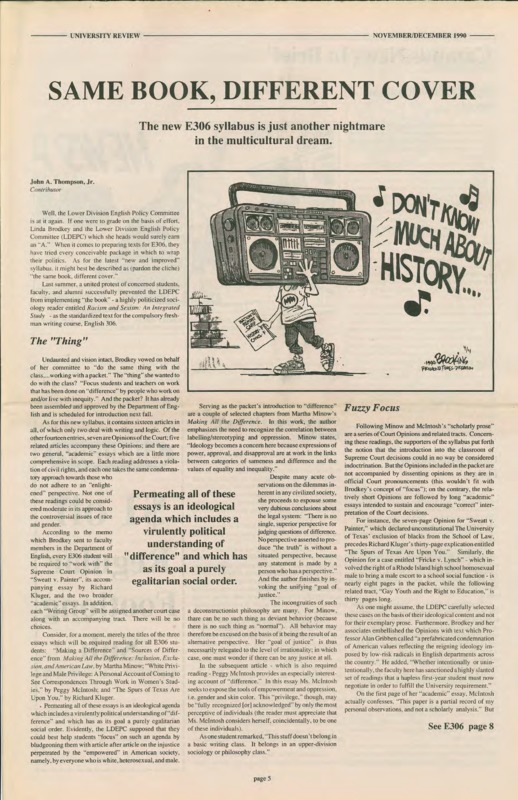 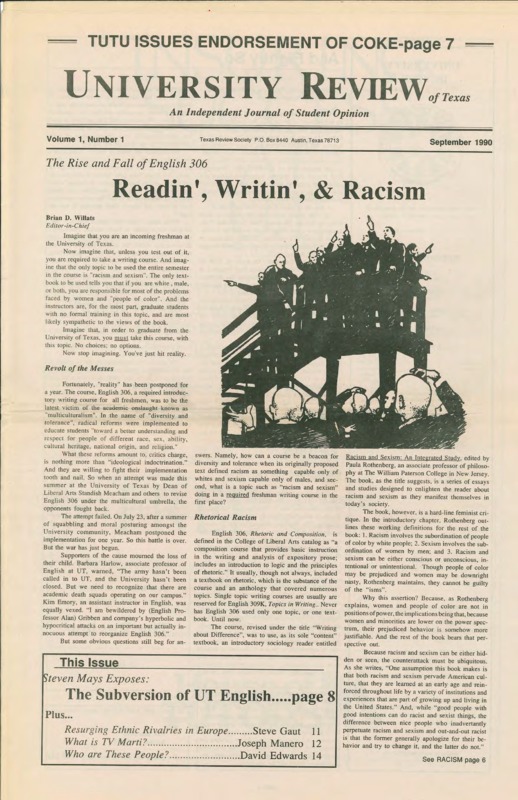 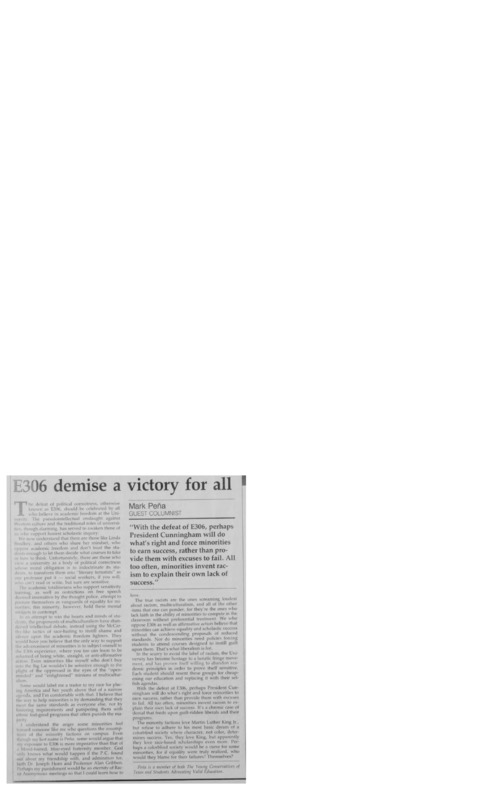 E 306 Demise a Victory for All 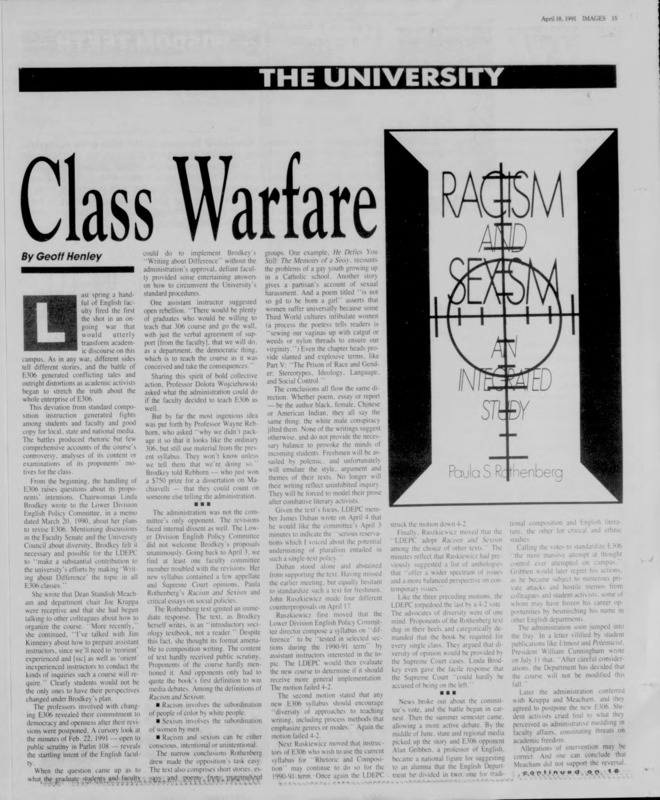 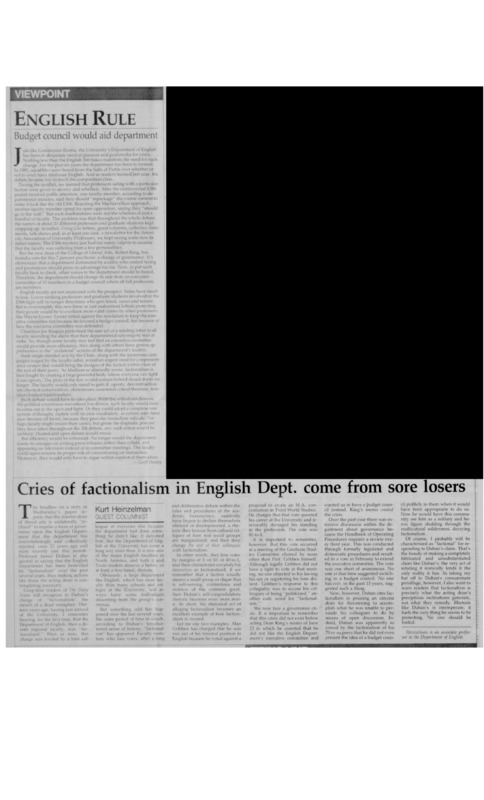 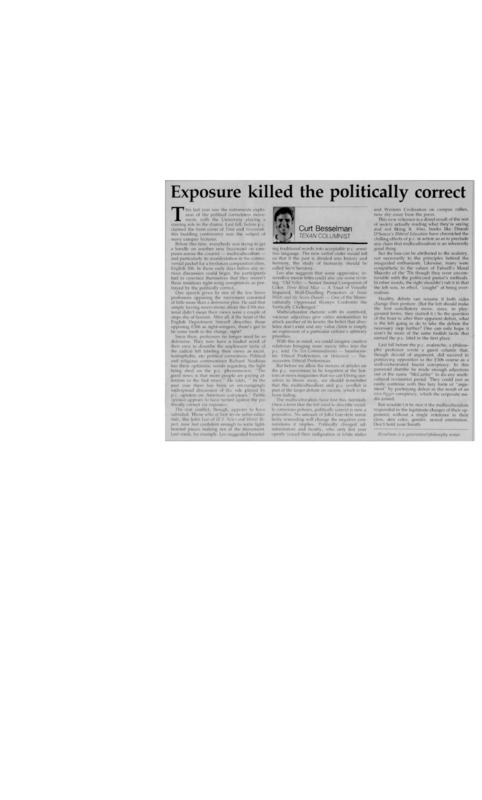 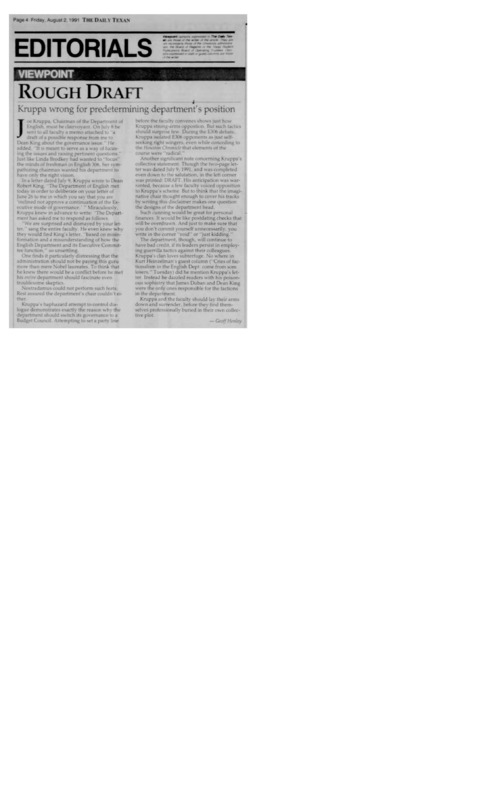 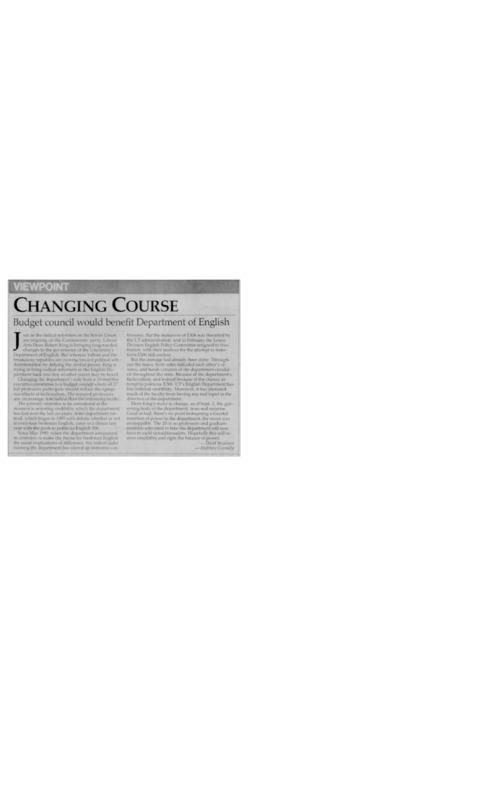 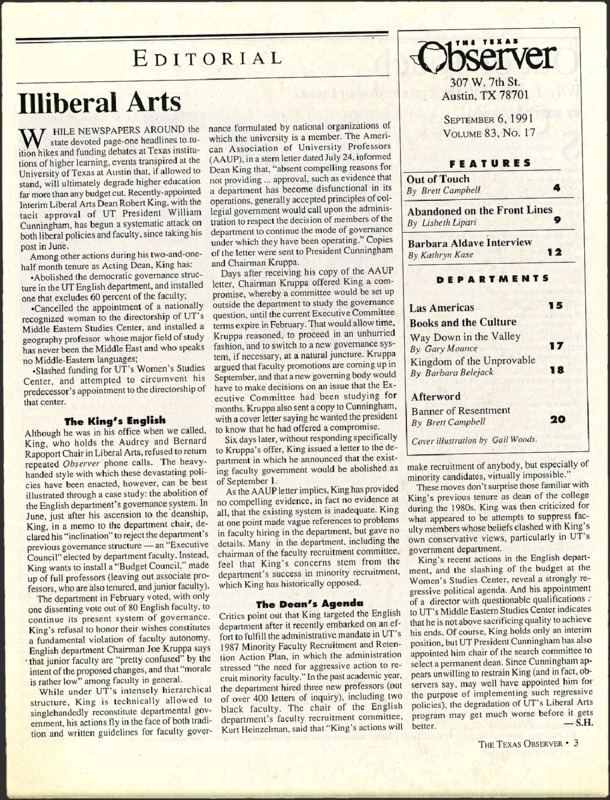 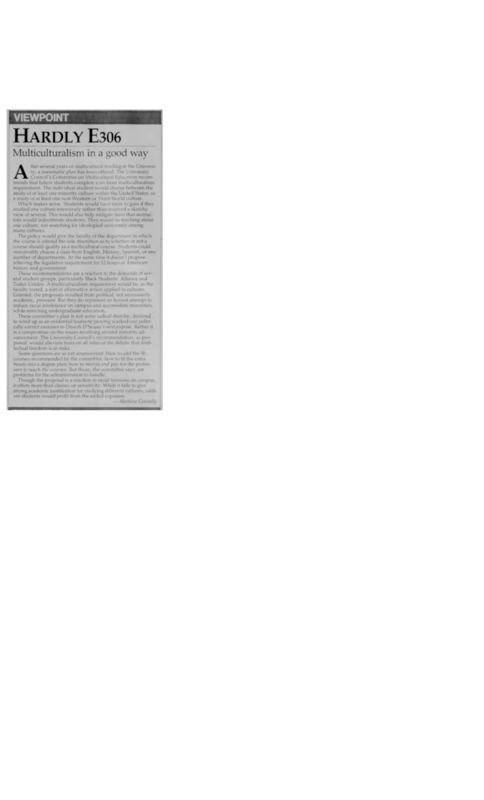 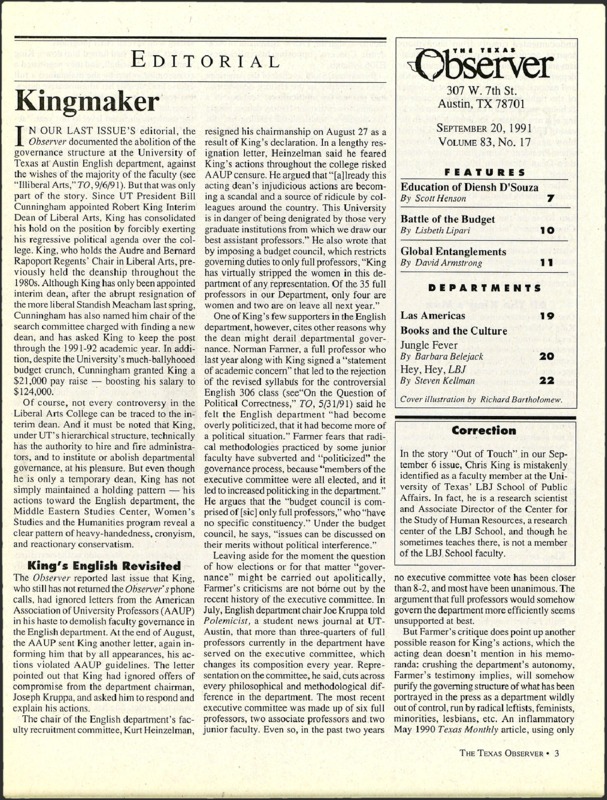 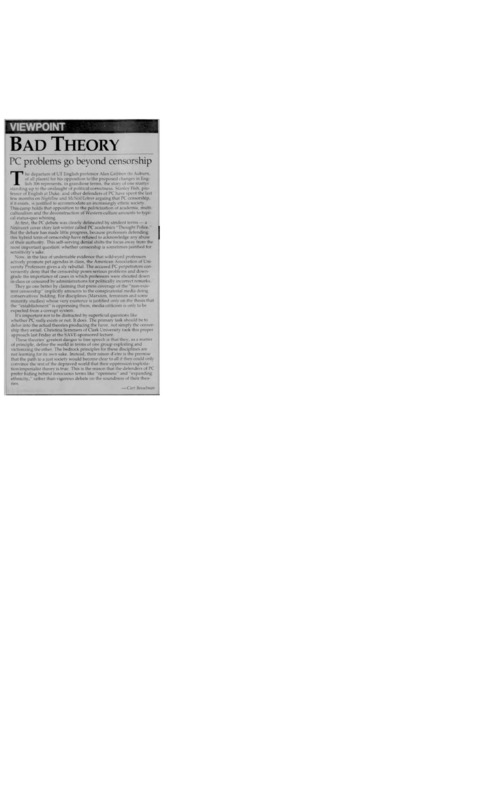 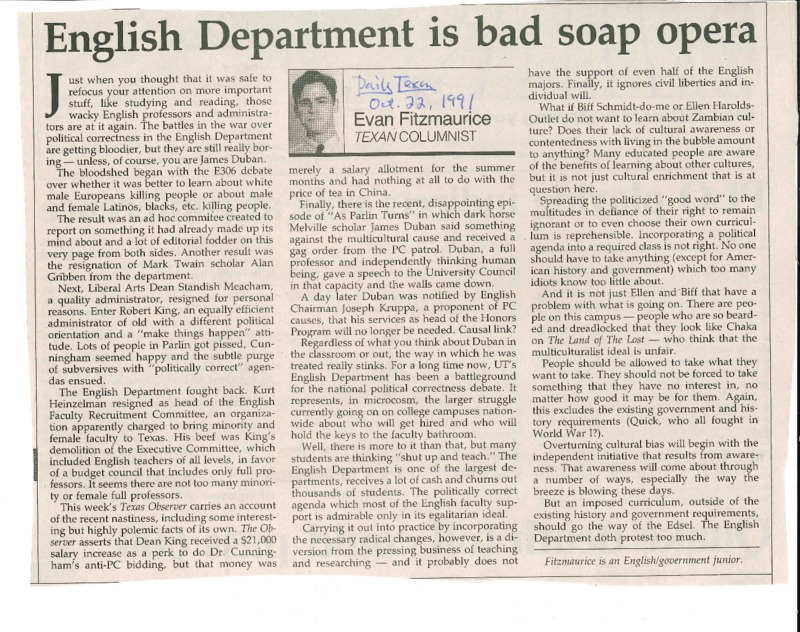 Class Struggle: Why I Don't Go to Class Anymore 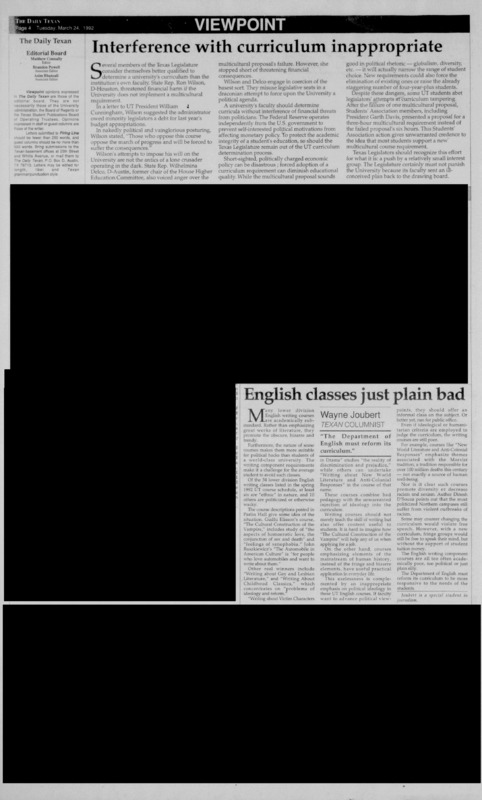 Division of Composition Would Aid the University 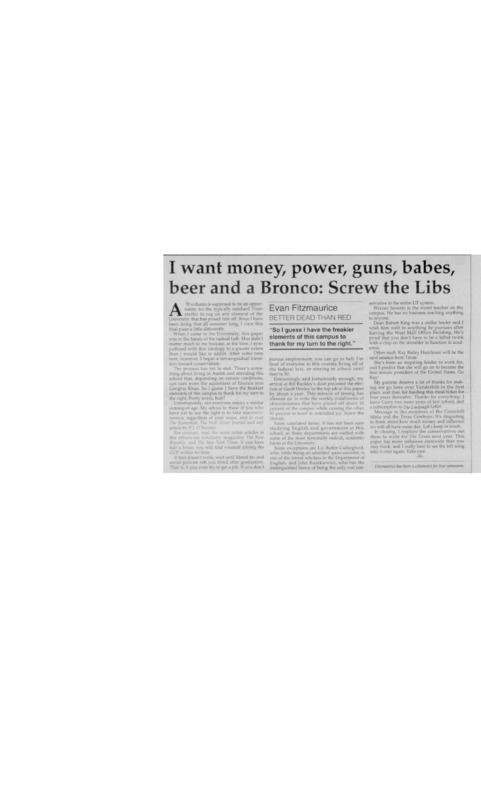 I Want Money, Power, Guns, Babes, Beer, and A Bronco: Screw the Libs 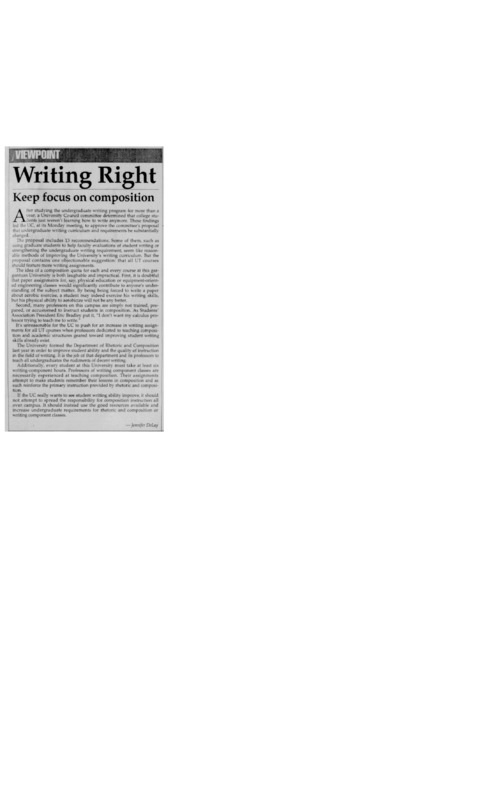 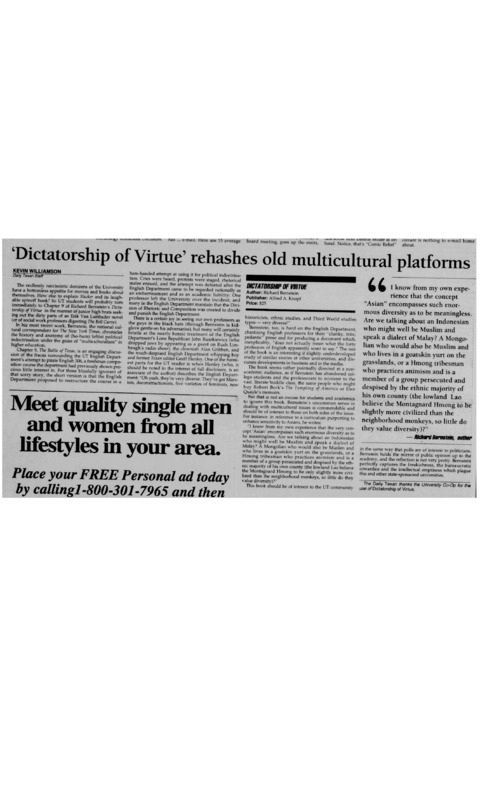